Passing A School Bus Is A 5 Point Ticket!

VTL §1174. Overtaking and passing school bus. (a) The driver of a vehicle upon a public highway, street or private road upon meeting or overtaking from either direction any school bus marked and equipped as provided in subdivision twenty of section three hundred seventy-five of this chapter which has stopped on the public highway, street or private road for the purpose of receiving or discharging any passengers, or which has stopped because a school bus in front of it has stopped to receive or discharge any passengers, shall stop the vehicle before reaching such school bus when there is in operation on said school bus a red visual signal as specified in subdivision twenty of section three hundred seventy-five of this chapter and said driver shall not proceed until such school bus resumes motion, or until signaled by the driver or a police officer to proceed. For the purposes of this section, and in addition to the provisions of section one hundred thirty-four of this chapter, the term “public highway” shall mean any area used for the parking of motor vehicles or used as a driveway located on the grounds of a school or of a board of cooperative educational services facility or any area used as a means of access to and egress from such school or facility. (Emphasis added.)

Failure To “Move Over” – Emergency Vehicles 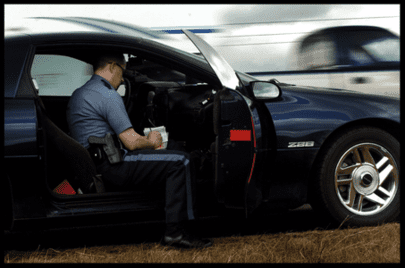 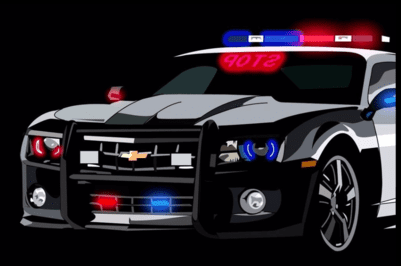 Until cell phone violations were recently bumped up in penalties, passing a school bus while discharging its passengers was the only five (5) point ticket (which is a NYS DMV “serious traffic offense”). For obvious reasons, no court or prosecutor are very friendly toward this violation. But, for those same reasons, in most cases the driver DID NOT INTEND to pass a school bus letting off its students – they either did not see the flashing sign extending from the bus or it wasn’t extended outward at the moment of such passing (a question of fact for the court.)

The Vehicle and Traffic Law describes those circumstances for a stop to be required for a properly marked and equipped school bus. The bus must be stopped on a highway for the purpose of the receiving or discharging of passengers, or which has stopped because a bus in front of it has stopped for that purpose. The “stop” must be made by the driver of any motor vehicle approaching the school bus from either direction! The motorist must stop when the red lights are activated on the school bus. The motorist may not proceed until the bus starts moving again. These tickets are considered serious since their violation could have severe consequences to pedestrian passengers. Since it’s hard to believe anyone takes that risk knowingly – we look for other explanations as to what exactly occurred and seek to use them in the motorist defense.