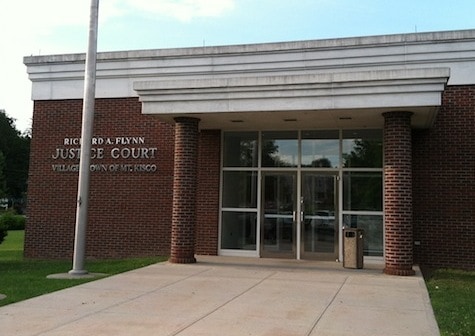 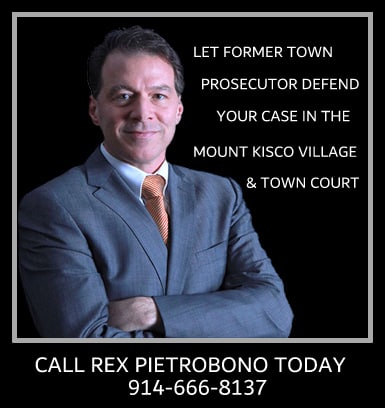 The Mount Kisco Court is located at the Richard A. Flynn Justice Complex, Green Street (at the far end of the Police Department) and has preliminary jurisdiction over all criminal cases arising out of incidents occurring in the co-terminus Village and Town of Mt. Kisco. Such cases are on the Court’s Thursday evenings calendar each week. The Justice Court has trial jurisdiction over all cases if the jail term that can be imposed does not exceed one year; i.e., misdemeanor offense. The office of the Northern Branch of the Westchester County District Attorney prosecutes criminal cases.

There are two Town Justices that rotate every month as shown on the court schedule. Court sessions are held Thursday evenings at 7:00 p.m. for all criminal, vehicle and traffic appearances, civil and small claims cases. A Spanish translator is available during the scheduled court sessions two criminal court nights per mont. Vehicle and Traffic scheduled trial dates, scheduled local law trials appear on Wednesdays, once a month, shown on the current Court and Traffic Calendar as well. All Building/Town ordinance matters are heard on the first Tuesday of each month at 5pm.

Traffic court is held one Wednesday night per month at 6:00 pm.  Rex Pietrobono is the former Town Prosecutor for Mount Kisco Court.  Cases charging the commission of a traffic infraction are filed in this court the if the alleged offense took place in the Village / Town’s jurisdiction. A plea of “not guilty” is required to either be timely filed with the court either by the motorist or their attorney if the elect. There are basically two choices: a plea of “not guilty” which allows a defense to be presented in the case, versus, a plea of “guilty” which locks in a conviction of the offense “as charged” which closes the door on a negotiated resolution or trial.